After letting the dust settle following their superbly reviewed, world first performance of Macbeth performed in Noongar back in February 2020, now’s your chance to get to know the stars behind the production.

The ground-breaking play retold the tale of Macbeth from the perspective of Hecate, leader of the three witches. Usually omitted from productions, Yirra Yaakin’s adaptation made Hecate the focal point of the story, watching as Macbeth strove for power at any cost.

Co-presented with Bell Shakespeare, and directed by Indigenous actress, writer and theatre director Kylie Bracknell, the play was performed at Subiaco Arts Centre. An Indigenous theatre company based in the heart of the Noongar nation, Yirra Yaakin’s members were the driving forces behind the production. Here are the stars in all their glory. 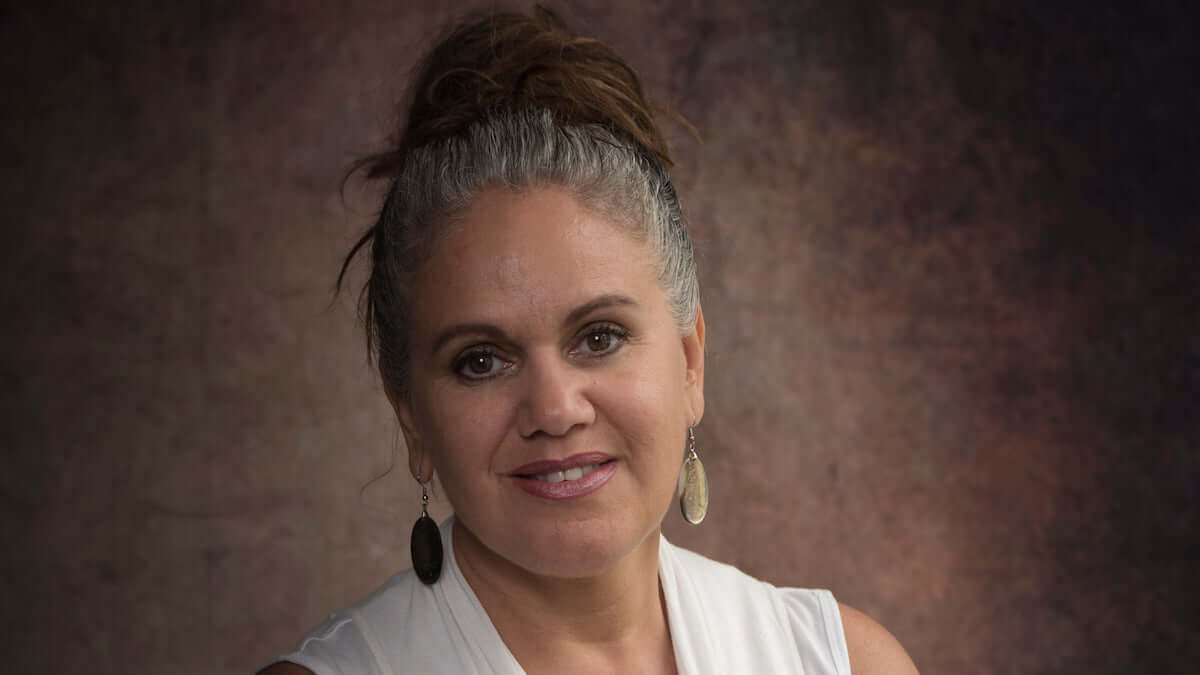 A Bibbulmun woman of the Noongar Nation, Della Rae Morrison is the star of the show, playing Hecate, the Queen of the Witches. A seasoned performer, Della has been acting for 30 years, beginning her career in Jimmy Chi’s renowned musical Bran Nue Day in 1989.

Hecate’s character is at the heart of everything in this play. This story is hers and we saw her strength as she represents the matriarchal energy of boodjar and life. 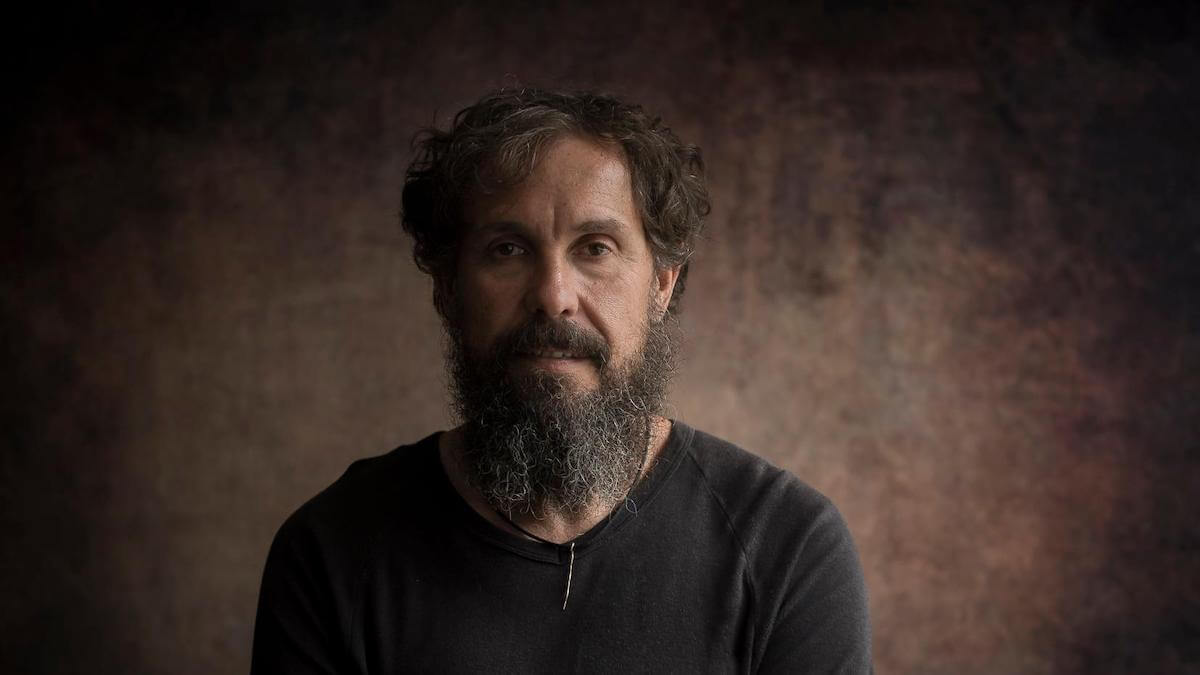 Actor, poet and playwright Maitland Schnaars is one of Western Australia’s leading contemporary theatre artists. Working across dance, multi-media and music, Maitland has performed and created works on both national and international stages.

A brave soldier and a powerful man, but easily tempted by his consuming ambition, Macbeth is lured down a path of destruction, revealing the devastation power can wreak on community and country. Having made her return to stage in Yirra Yaakin’s 2019 production of Cracked, theatre and film actress Bobbi Jean Henry played Lady Macbeth. During her time on the stage, Bobbi has worked with various theatre companies including Yirra Yaakin and Black Swan State Theatre Company. She has also worked with the Australian Children’s Television Foundation and has appeared in various film and television roles including the character of Pearl in the award-winning short film Pilbara Pearl.

Stronger, more ruthless and more ambitious than her husband, Lady Macbeth is one of Shakespeare’s most infamous female characters. Through her intense desire for power she challenges traditional gender norms as she propels Macbeth to his ultimate downfall. Perth based performing artist Trevor Ryan has been a part of The Noongar Shakespeare Project since its beginnings in 2012, where he, director Kylie Bracknell and fellow actor Kyle J Morrison, performed Shakespeare’s Sonnets in Noongar as part of The Globe Theatre’s Cultural Olympiad in London.

Drawing from his inner strengths and beliefs as an Aboriginal Noongar/Yamatji man, Trevor has created interesting and challenging characters. He has a long history of working across theatre, film, tv, dance and radio, most recently playing the role of Baz in The Heights. As a member of the Wadumbah Aboriginal Dance Group, Trevor performed before the Queen upon her arrival in Perth, and at the opening of CHOGM 2011.

As King of Scotland, Duncan is a gracious and gentle man who is fair to his people and wants best for his kingdom. Standing between Macbeth and the throne, however, Duncan finds himself falling victim to Macbeth’s destruction. A proud Yamatji/Noongar man, Kyle has been working in the theatre industry in WA for over 25 years and was the Artistic Director of Yirra Yaakin Theatre Company from 2009 until 2019. It was during this time that the idea of Hecate was born.

As an actor, Kyle has worked for theatre companies including Black Swan, Deckchair Theatre, Barking Gecko and Yirra Yaakin. He has also directed numerous productions including most recently So Long Suckers (2016) which was also co-created and written by Kyle, Sista Girl (2017) for State Theatre Company of South Australia and Yirra Yaakin, Skylab (2018) and Ice Land: A Hip h’Opera (2019). Rubeun is a Noongar man from the South West of Western Australia. He completed the Certificate IV in Aboriginal Theatre, Screen Diploma and the 3-year Acting Diploma at WAAPA (Western Australian Academy Performing Arts). Since 2010 Rubeun has been working as an actor, performing in various plays around Perth. As part of 2019 Fringe World Festival, he performed in the award-winning REST by the West Australian Youth Theatre Company.

Rubeun has played minor roles in TV series KGB (Eddie) and The Heights (Nelson) and has done various extra work in short and feature films that have been produced in and around Perth over the last few years. He is also a writer who is passionate about telling the truth about indigenous issues as well as a talented Graffiti Artist who spray paints murals that bring a different element to his culture. Based in Perth, Cezera is a proud Noongar and Greek woman whose passion for acting started when she was six years old, starring as the young girl in Six Characters in Search of an Author. Her aspiration to become an actress continued when she began acting and dancing classes.

This led Cezera to complete the Aboriginal Performance Course at WAAPA where she graduated in 2018. In addition to her passion for the stage, Cezera also found a love for writing her own work through participating in Yirra Yaakin Writers’ Group workshops since 2017. Ian Moopa Wilkes is a proud Noongar man of the Wadjuk and Balladong people. He studied Aboriginal theatre at WAAPA in 2008 and has been working with Yirra Yaakin Theatre Company ever since, becoming a regular performer in shows including Honey Spot, Kaarla Kaatijin and So Long Suckers.

Ian has performed in a number of national tours, taking him to the Sydney Opera house for his appearances in Honey Spot in 2012, the long-running WA show Binjareb Pinjarra in 2015 as well as with the Sydney Theatre company in The Long Forgotten Dream in 2018. Ian was assistant director of Yirra Yaakin’s 2014 production King Hit and in 2015 directed Kep Kaatijin and Songbird (The Blue Room collaboration). In 2016 Ian had written and directed Yirra Yaakin’s show Boodjar Kaatijin and also directed another Blue Room theatre show Hobo. In 2019 Ian directed Yirra Yaakin’s show Djinda Kaatijin.

Amongst his acting and directing career he is also a talented dancer. He now teaches traditional and contemporary dance to the younger generation by combining his knowledge of culture, theatre and performance. A Yamatji Noongar man from Western Australia, Mark relocated to Melbourne seven years ago. Mark completed the Victorian College of the Arts (VCA) Acting short course, where he played Thisbe in A Midsummer Night’s Dream. A year later he was accepted into the Bachelor of Fine Arts (Acting) at The University of Melbourne and graduated in 2019.

Throughout his three years at VCA he played Monster in F***ing A (dir. Candy Bowers), Montano in Othello (dir. Budi Miller), Mike in Arthur Miller’s A View from The Bridge (dir. John Kachoyan) and Securitate in Caryl Churchill’s Mad Forest (dir. Sean Mee).

On top of this, he has been involved in a number of short films and documentaries. Some of his film and TV credits are: Coming of Age, Love Your Neighbour and The Black Rat. Mark also works a casual narrator for SBS.

Cooking with Opera, a festival of culinary delights dedicated to the opera greats, announced for March & April

Find your zen at this free, week-long meditation class from Sri Chinmoy Centre