A vibrant new organic café and deli has opened on Subiaco’s Hay Street, stocking entirely certified-organic products, as well as a range of organic ready-made meals. After months of operating as a food store only, the cafe opened for business on October 6, and has most recently opened up an alfresco area out front.

A project several years in the making, Be Free Organics opened up shop in July 2020, after selling ready-made meals at farmers markets and through supermarkets. The new store is an organic café, deli and boutique grocer all in one; a bright and open space where you can sit and enjoy a cup of earthy, organic coffee, stock up on some pantry staples, or grab some fresh produce. It’s one of only a handful of stores in Perth that can claim to be 100% organic.

After Caillan’s father-in-law became sick with incurable brain cancer, he and wife Alessia decided to adopt healthier lifestyles and pay closer attention to what they were putting into their bodies.

“It’s like fuelling up a car. You can either put in lower-grade octane, or higher quality stuff. Essentially, you should be putting the very best into your body so that you get the best outcome.”

Caillan noted a gap in the market where it was difficult to come by meals that were entirely organic, but also affordable and convenient. When COVID hit, they stopped their wholesale business altogether to focus on getting their store set up. The store’s concept was designed by Alessia, who works as an architect and has a strong eye for design. With a background in scaffolding, Caillan brought the design to life, building all the wooden shelving and structures you’ll see in the store. The minimalistic design complements the ethos of simple and sustainable living that the business embodies.

Caillan prepares all the meals in the kitchen himself, with some assistance from his mother in law. He says he’s hoping to get in a chef over the coming weeks to help meet growing demand and wants to eventually open as a restaurant. Before then, you can pick up a selection of delicious 100% organic meals including their vegan Butter Chicken, kale salad, and a range of brunch items including toasties and bagels. All their packaging for their ready-made meals is entirely compostable, and their menu changes week to week depending on what organic produce is available.

“It was all or nothing to me,” Caillan said. “A lot of places will say that they have some organic components. It’s very hard to come by a business that is solely organic.” From their fridge you can also pick up specialty items such as a preserved lemon garnish for salads, inspired by the Israeli tradition of adding pickled citrus to add zest to dishes.

“I wouldn’t put anything on the shelf that I wouldn’t personally eat or recommend. When people come here, they can be confident that what they are getting is entirely pesticide-free and good for the body.” 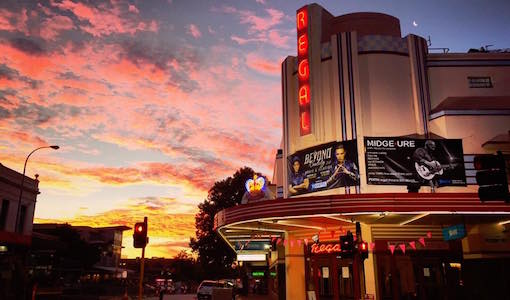 Subiaco bars, restaurants and cafes handing out discounts during the Comedy Festival