After officially closing its doors back in 2018, Subiaco’s iconic Gold Bar reopens in its same spot, but not as you remember it on January 29, 2021.

Regulars at the old bar will remember carpeted floors, a DJ booth blocking the balcony and playing songs which typically attracted a sub-25 crowd. Fast forward to 2021, and the carpet has been ripped up, the balcony is open for business and Gold Bar is back, attracting a crowd with more mature tastes. In fact, the only thing that has remained the same is the gold bar itself. Walking in, you’ll be met with 728 wine bottles across the walls (yes, they counted them), and the first of two private rooms. Coined the Hennessy Lounge, the space is decked out with Chesterfield couches and exudes a dark, mysterious aura, with low lights brightening the area just enough to see silhouettes across the room. Punters can hire out the space and enjoy bottle service, so you can taste your way through their menu of high-end whiskey, champagne, cocktails and more. Owners Somer and Ryan Palazzolo even had a whiskey expert come in to choose the best of the best, so whiskey connoisseurs are catered for. Head down the dimly lit hallway and you will find the bar equipped with virtually every spirit under the sun, including rapper Jay-Z’s D’Usse XO Cognac, which is so high-end, it’s covered in a balaclava and goes for $40 a shot. The menu is also home to a hefty list of organic wines, with at least half taken up by the wine of the moment, naturals. Plus, the cocktail list is sizeable, with the top pick being the Hennessy ice tea cocktail, which is reminiscent of sweet tea popular in the southern U.S. states and made of real earl grey tea. Beluga is the house vodka and Super Patron is the house tequila, to give you an idea of where the bar is for quality. 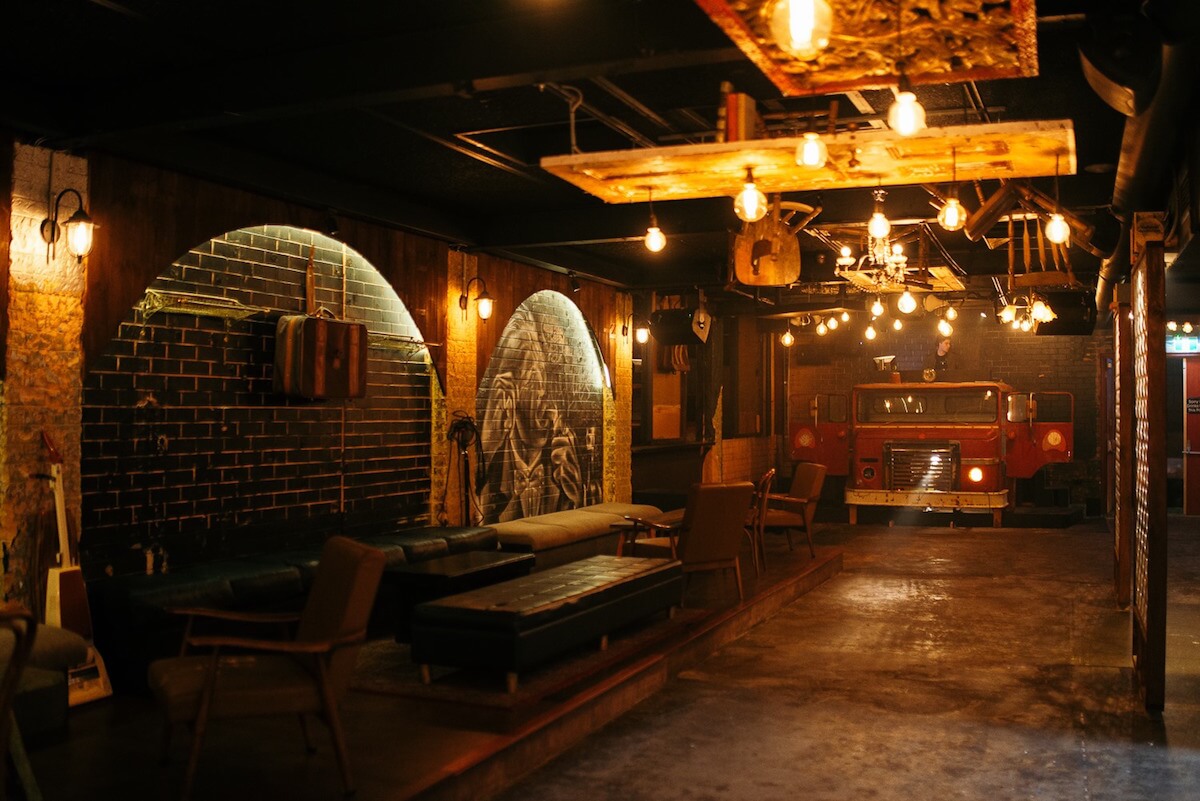 Continue on to find the stage for the regular performances from Burlesque dancers as well as jazz and acoustic nights. On nights without performers, the stage will transform into the dance floor, with the DJ pounding out hip-hop and old school R&B. Hidden behind a curtain beyond the stage is the Moet Chandon room, but this one (in true gentleman’s club style) is home to a dance pole to allow for private performances along with the bottle service. Keeping on-trend with the gentleman’s club vibe, Gold Bar will also be hosting cigar and whiskey pairings on the balcony, ‘tours’ of round-the-wold whiskeys and more.

Punters on their way up to the above Old Values will be able to see the mysterious balcony as they climb the stairs, but won’t be able to get in. Much like a speakeasy, the only way to get into Gold Bar is down the laneway out back and up the mysterious black stairs.