Golden West Brewing are set to open their first brewery and bar in Subiaco, expanding from their current lone Leederville location.

Due to open in mid 2021, their new space will be Subiaco and the greater western suburbs’ first brewhouse. The team at Golden West Brewing have been wanting to expand for some time, but decided to wait until they found the perfect venue for their brewhouse vision. Once they stepped into their new space in historical Subi and saw the vintage wooden floorboards and heritage charm, they knew their patience had paid off. To make it their own, the architect mastermind behind Dilly Dally, Michael Benson, will be giving the space a little facelift. A true grain to glass experience, all beers served at the bar will have travelled a grand total of 10m from the time of being brewed out back to being poured into a perfectly frothed pint. Offering a well-rounded menu featuring a peach sour beer, two types of India pale ales, a coffee stout, and a Bourbon Vanilla Porter (which took out the top prize at 2019’s Craft Beer Festival), lovers of all kinds of brews will be well catered for. As so many bars and bottle shops stock their beers, they end up selling all the beer they make, and sometimes even struggle to keep up with demand. Their Leederville location is smaller and operates solely as a brewery, with no room (or council approval) to have patrons drink on-site. The new location provides the opportunity to have their first brewery-bar hybrid, as well as the ability to make more beer to keep up with the big boy breweries. In the meantime, they continue to provide kegs to their favourite bars and provide free delivery of their growlers and squealers to folks in the western suburbs. If their name rings a bell, it’s because it comes from the original soft drink company that used to be just down the road from their Leederville brewery. One of the founders lived minutes away from the factory’s (now demolished) site and took a liking to the name, so when they heard the trademark on the name had lapsed, they snapped it up quick smart. They like to pay homage to the original brand as much as possible, such as with their pale ale ‘The Kwencher’ which borrowed its name from the original company’s lemonade. Their next venture is to make alcoholic ginger beer, a nod to the non-alcoholic version made in the factory way back in the early 1900s. 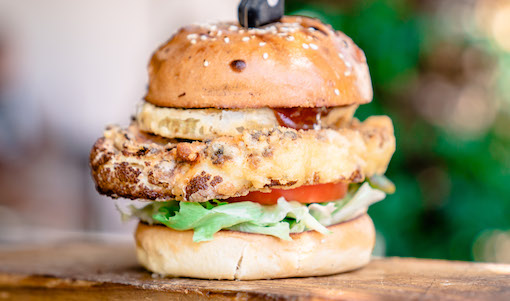 Chill out at Subiaco’s only cryotherapy spa, The Polar Room